Uncertainty In The Bundesliga 2022/23 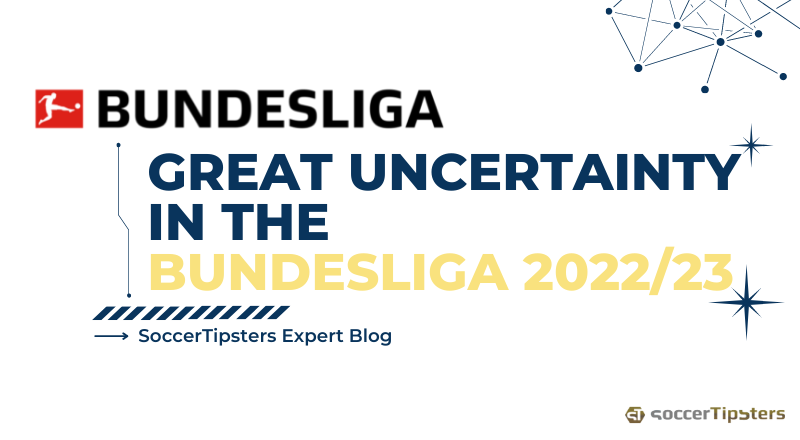 Uncertainty In The Bundesliga 2022/23

Three teams put on a show in the Bundesliga last season. That season had no major surprises and was characterized by the hegemony of Bayern Munich once more. Besides, we witnessed the struggle of Borussia Dortmund trying to catch up and Leverkusen making great merits in a good year where they finished in third place. We could sum up the 2021-22 Bundesliga season as the year of goals. So, the top three scorers belonged to these three teams: Robert Lewandowski (35 goals, Bayern Munich), Patrik Shick (24 goals, Leverkusen), and Erling Haaland (22 goals, Dortmund). But, Haaland is no longer in the Bundesliga, and Lewandowski's future has been uncertain for a long time. Indeed, his stay with Bayern remains unknown when there are only some weeks until the Bundesliga's kick-off.

Many experts consider this a tragedy that the team could have avoided. Bayern should have better-managed relations with this great player, considered the best scorer on the planet. But, the Munich board failed, and now their best player wants to leave the team. But, the worst thing is that no other player can fill such shoes! All this not only brings problems for the teams but also the Bundesliga. This competition is beginning to lose its prominence for many years. Such a situation generates transcendental importance in this new season: there is a need for German clubs to achieve prominence at the European level. Seemingly, Bayern Munich could be the only team with a chance of having a good performance in the Champions League. But, the inconsistency within the team makes it unlikely to happen. So, what can happen this season in the Bundesliga? That question has an interesting answer. In the face of Bayern Munich's problems, opportunities open up for other teams, and likely an underdog could surprise the big clubs!

One team that has the potential to win the Bundesliga and establish themselves as favorites for years to come is Bayer 04 Leverkusen. Their third place last season is just a taste of what they can achieve. Perhaps, no team has so many young and talented players on its roster, and besides, all of them have the potential to be superstars. One of these promises is Spanish striker Iker Bravo. At only 17 years old, he has already earned a place in the Spanish national team, and Leverkusen will test him this season. Another young man destined to become part of the elite of German football is midfielder Florian Wirtz. At 19 years of age, Wirtz is already considered one of the players who will be the base of the German national team in the coming years. He is a formidable footballer with all the makings to be who leads Leverkusen into a new era of glory. It has been a long time since a Bundesliga started with as many options as this one. Thus, the next one promises to be a season in which anything can happen. We may even expect the unthinkable: Bayern Munich would not win the Bundesliga!

« Never Mess With The Torcida Split